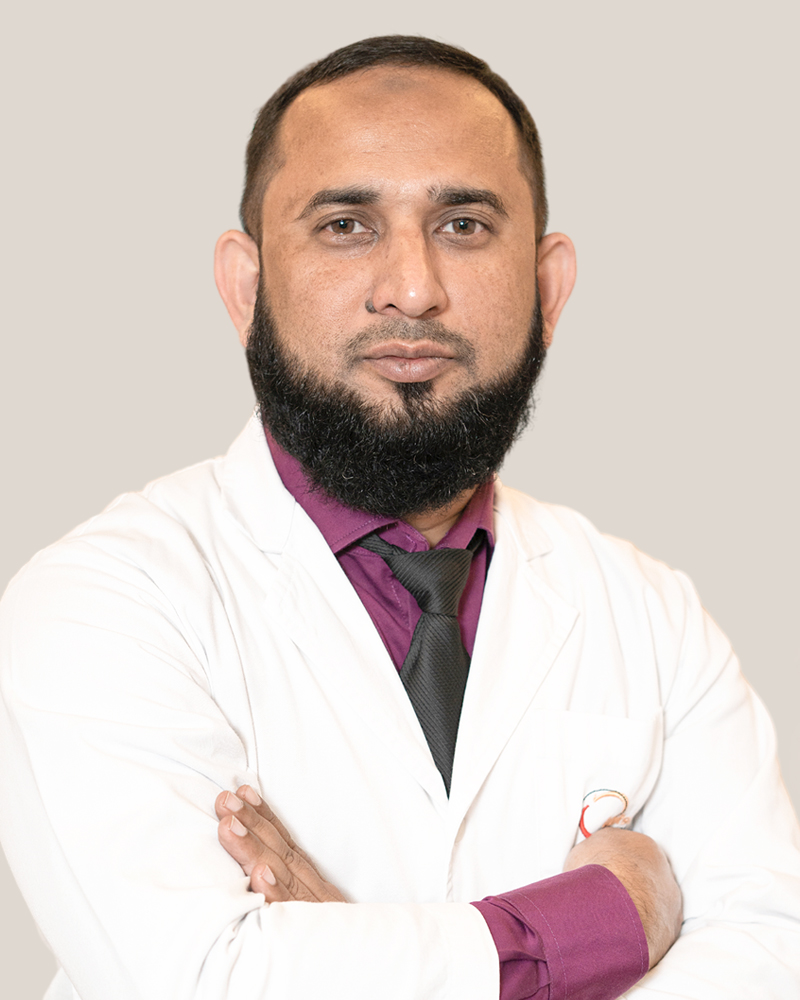 He passed MBBS in 2003 from Shaheed Ziaur Rahman Medical College and Hospital, Bogra under University of Rajshahi. He has done his MCPS (Otolaryngology) from Bangladesh College of Physician & Surgeon in 2012 and Diploma in Otolaryngology from BSMMU in the same year. He also has specialized training in sleep surgery and LASER surgery from Singapore and also higher training in Rhinology from United Kingdom. He worked in Delta medical college and hospital as Junior Consultant & Resident Surgeon of Department of ENT & Head Neck Surgery from 2012 to 2014 before joining United Hospital in 2014.